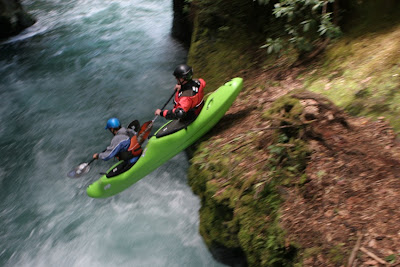 We woke up with a wicked hangover on Dec 6th with the intention of doing some filming on the upper Palguin. Little did we know, a world record would be broken later this day. After filming Anton and Ben May style the upper section in the Topo Duo, Fisher threw out the idea of running Middle Palguin in the Duo (70 ft.) Initially I thought it was not a good idea, but after watching good lines in the Duo on the upper section I told Fisher i'd think about it. Thankfully, Anton volunteered with no hesitation. I wasn't sure if it was a great idea but either way I knew it would be good footage...

Ian Garcia and I decided to go first to set up safety for the Duo. Ian went first and then I waited about 15 seconds before going. My line felt super smooth off the lip but my skirt imploded on impact. Right as I came up, Ian was just surfacing as well. He had taken about 20 seconds of downtime! We both imploded our skirts and had to self rescue. This was a bit of a junk show but after about 45 minutes we got everything ready for the World Record Tandem Kayak Descent. At this moment thunder and lighting kicked in and Ian and I both contemplated how good of a plan it actually was. "At least it's not us up there!" We laughed.

To our astonishment and content, Anton and Fisher STYLED the line. No worries! The boat had a huge dent but was intact nonetheless. A new world record for kayaking, even if it is a bit of a joke. That being said, how long will it be before someone runs something bigger in a Duo??? 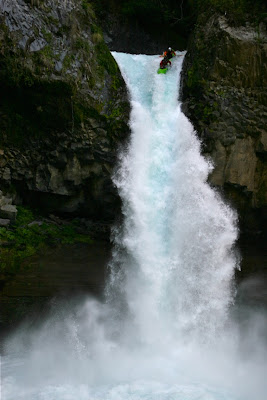 I think we may be on to something here... Imagine a 19 person kayak. Just think about it. 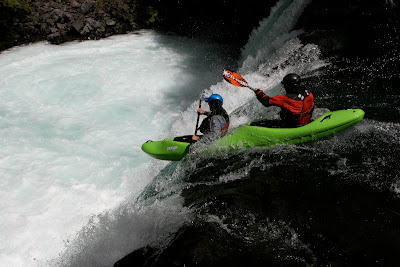 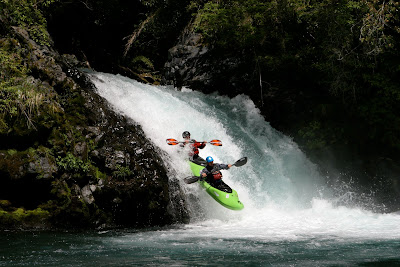 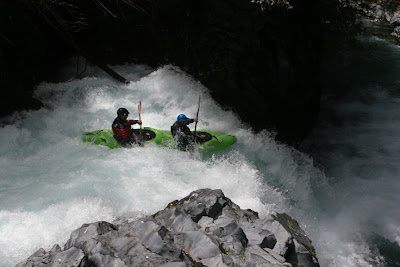 but thats a dynamic duo insnt it

Damn! That is full on. Props to those boys for doing that. That drop is taaaall to be doing in a 2 person kayak.

Evan, I like the new blog template. It is looking real good. Photos are great as well.

See ya in about six days! Let's boat.