Futafest.... the first ever celebration of this incredible famous whitewater meca. With all that has happened in Patagonia with in last year some local kayakers, companies, and rafters conjoined forces and decided it was time to organize an event to help this amazing place. Therefore Futafest was born. The story is very long so I wont get too deep in to it. We arrived to find the futa at a great level from many days of rain so we surfed the hell out of Pistola and played on the bridge to bridge for two days. Then boom!!!! The volcano that caused all the problem last april went off again. Check the photos it was a crazy expirience for sure. We fired it up a nice run in the ash and alomst left back to Pucon due to the shear amount of ash on the ground. Everyone had a meeting and no ash fell down the valley so Futafest went on....

There was three different main events of the weekend.... first a boatercross through Toro and Mundaca rapids. There was three points where you had to get to and touch with your hand not anything else. There was 5 heats of 5 and the top one made it to the finals. Ian, Myself, Josh Viejo, Ben Luck, and Carlos from Chile won our heats and then raced in the final heat.

The Downriver race was a mass start at a big beach above the bridge starting out of your kayak. Everyone ran down to the boats and slapped their skirts on and took off. No real rules.

The freestyle comp was not really judged by tricks or rides but only who could get the most beatdown in front of a huge crowd of fired up people... the person who got the people to yelling, scream, and cheer the loudest won.

Enjoy some shots of the festival.... 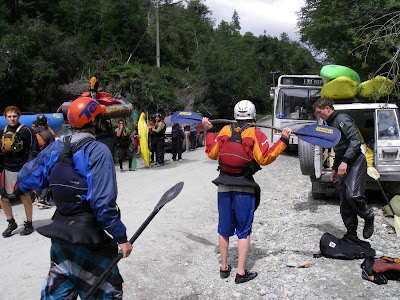 A little gathering at the takeout after the downriver race. 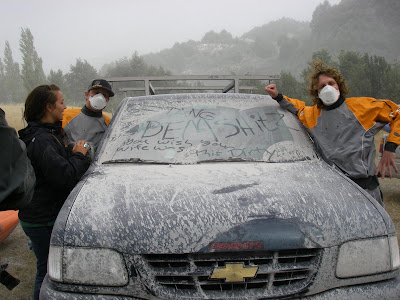 Getting ready to go put on the Inferno canyon while ash still fell from the sky... the hospital gave out masks to all the townsfolk and the yakers. 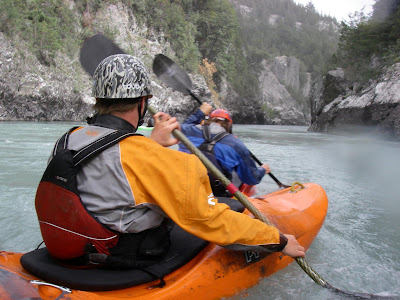 Ian and Nico in the ashy futaleufu only a few hours after the volanco erupted. 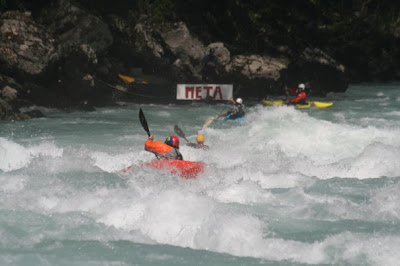 The Boatercross race through the big part of Mundaca rapid. 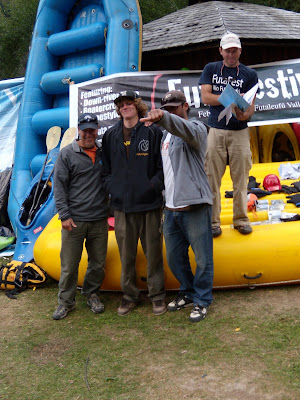 The down river awards, Me with Jorge and Sergio Vidal after the punishing 9 km race of the bridge to bridge. 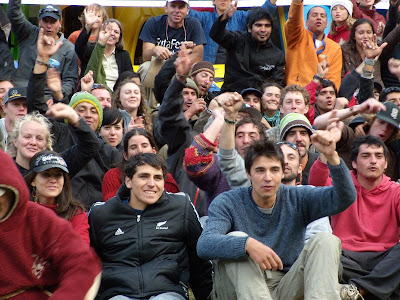 Futa! Futa! everyone sending out the good vibes to all the dam companies who want to stop the free flow of the futa. 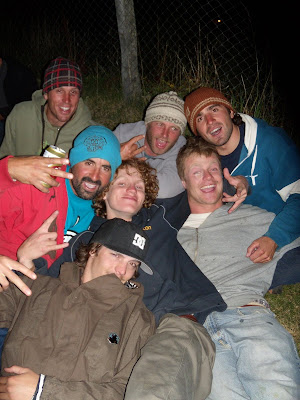 A good group of guys partying down at Cara Del Indio for the Saturday night festivies. 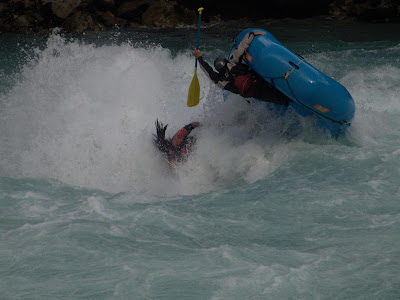 Raft carnage is the best. 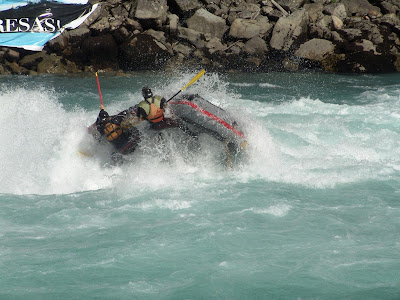 Team Cascada getting punished in Mundaca. 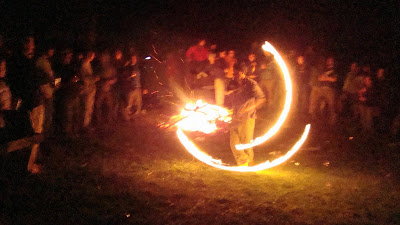 A hippy firing up the poi at the party. 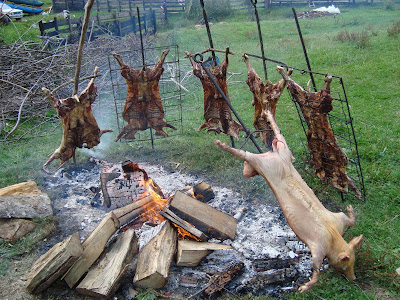 The Asado of 4 lambs and a fat chancho. 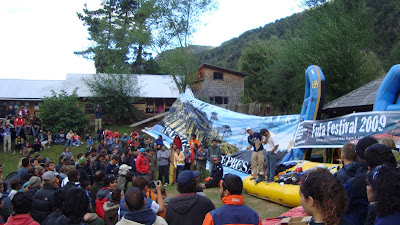 The finishing cerimonies at Cara del Indio... Thanks a bunch to Mitch and John Clark for putting the enite event together and making this great time happen.

Thanks to everyone who showed up and made this event possible... I hope next year even more people show up to paddle and enjoy the amazing Futa. Trust me its more than worth the trip.

Middle Fuy... bend on the biggins

Well I don't have any photos from the Futa because my computer died with all of my old shots from his trip on it... so i'm not too stoked about that. But with luck my zorito Nicolas has a camera and computer for me to update the old blog once again.

So after a nice trip with good flows in Futa we headed back up north to Bariloche with a huge celbratiopn and a double lap on the cascada alerces. With nice flow and a huge crowd of Argentinians watching all of us. From there we knew the levels were epicly low in Pucon, which means one thing...... Middle FUY!!!!

I will make a long good story short and sweet.... with not much water in the area our group of kayaking bandoleros have been living it up with the night life options that Puocn offers. Along with that we hit the middle fuy gorge 3 times now. It has a few fun boogie rapids and then it goes rictor with two portages that are runnable but very marginal... into the main drop of the run. It starts with a hard 20 foot sealanch into a nice pool from there you float off the cream of the crop.... One of the best 40-50 foot drops of all time. With all the water of the Fuy it's rolling and soft as it gets. The run out is in a sick gorge with read and run class 4-5 boulder rapids with cusion. A beautiful place for sure... classic as it gets.

enjoy the shots of the good times... 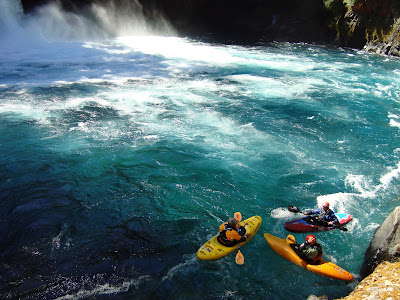 Miguel, Rodrigo, and Nico all chilling after the main course of the Huilo Huilo gorge. 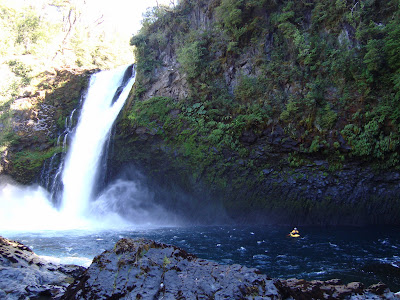 La puma from the bottom... Rodrigo looking very small by the monster. 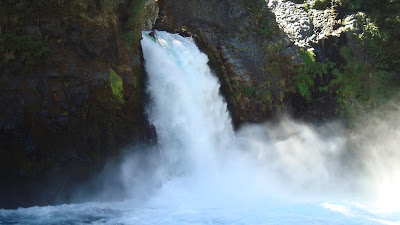 Jared rocking a solid line off the big boy. 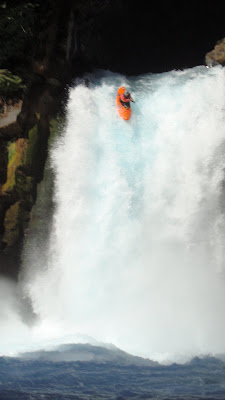 Ian running the nicest drop in all of the land... so soft so smooth. Dejalo ir Dejalo fluir! 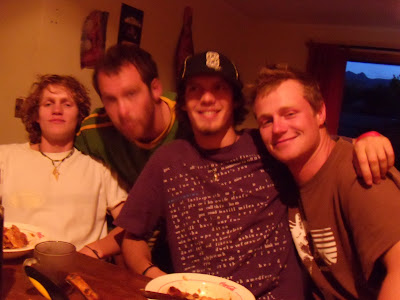 So I left everyone at the Manso gorge afer we fired up the hug stout in there. That night we ate some very bad pizza and drove deep in the mountains to a beautiful valley where we settled for the night. The following morning we hiked out asses off and got in to the goods at about 12 pm.... it wasn't too bad.

From there we enjoyed one of the most classic pieces of whitewater in the area no doubt. a cool double drop, sliding 40, 10 to 30, slide, gorge, 15 to 40ish, and a bunch of mank out the bottom. The level was way lower than my last time in there but it was well worth the sweat and tears to get in there again. Enjoy a few shots of the day from Pat Rogers...... 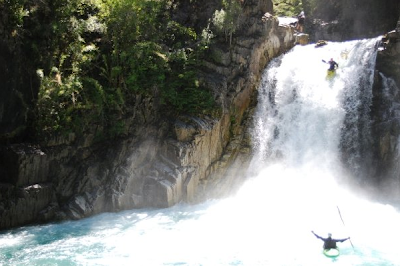 Ricky falling out of the 40 foot ojo de culo gorge. 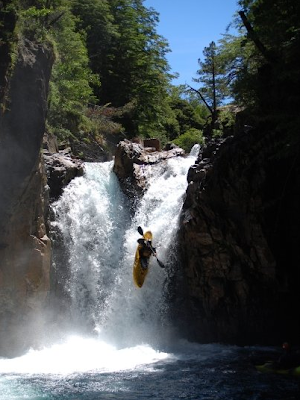 T.M. Ben running the split falls without the entry due to lack of water. 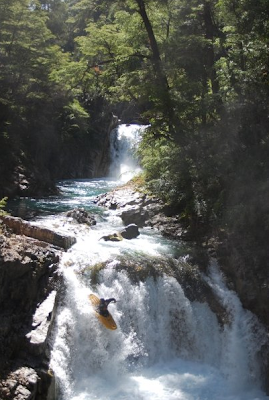 The ojo has mad game possibly one of the most beautiful and greatest rivers in the world.

We then went to Futa for a week+ stay tuned for a nice upadte on that as well...