Turbio for the boys

Well this season has been epic so far! This rad little day came somewhere in between a Palguin day and a flooded Carhuello huckfest. We arrived at the closest river to Pucon to find a perfect flow that only comes around once in a blue moon. Hiking to the put-in falls and seeing the perfect level we knew we were in for some treats. The whole entire crew had rallied and we were ready to get on it!

The top drop on the Turbio is one of the dopest rapids you can find in the valley. The thang starts off with a huge 30 foot boof into a very shallow pool, followed directly by some big chunky slides and holes for a few hundred meters. A Demshitz dream, perhaps! So we all got in a huge line and one by one ran the beast. What a great day! It was Lj's second day in town and we had Kyle Dickman along for some photos as he is writing a story for Canoe & Kayak magazine. It will be pretty funny to see how that one turns out, we made a good impression of how the Pucon life goes down. 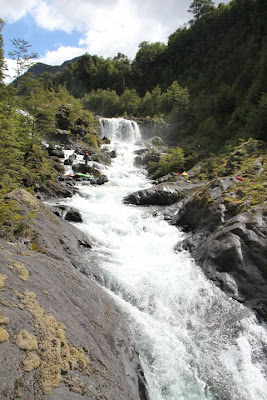 The Whole drop, minus the big slide to boof. 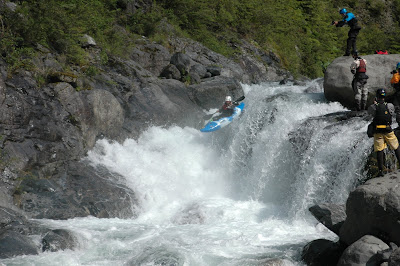 Jared running the nasty drop we normally walk, but looked good at this level. 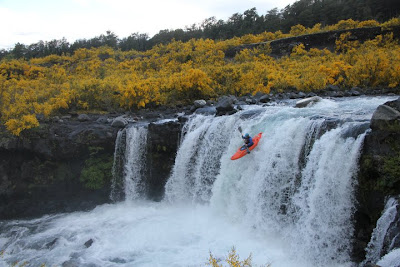 Kyle Dickman getting some Chilean strokes and vertical feet done. 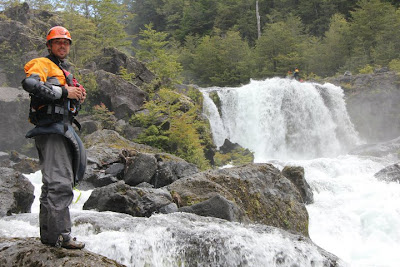 Rodrigo Tushner scouting and watching the boys fire the brine. 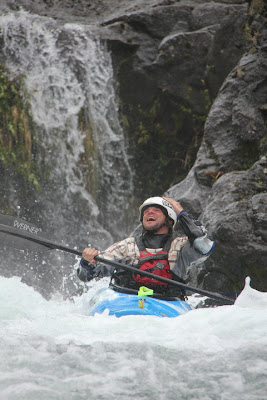 Jared laughing after his second run of the stout...good times. 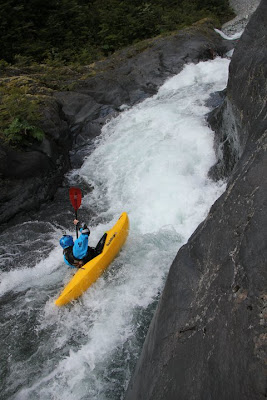 MMMMMMMM HUMMMMMM!!!!!! Sliding on the Turbio. 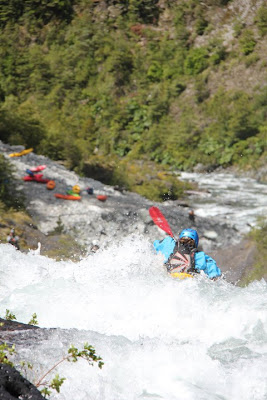 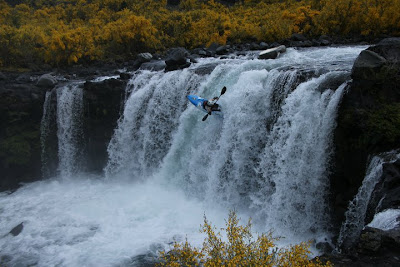 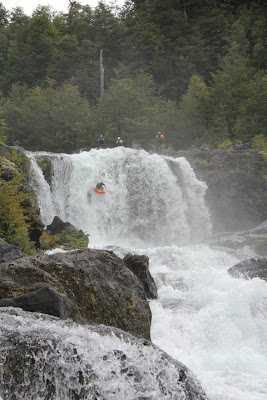 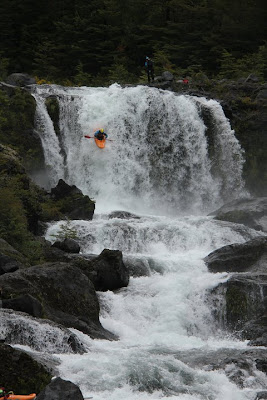 Erik Johnson with similar steeze off such nice waterfall. 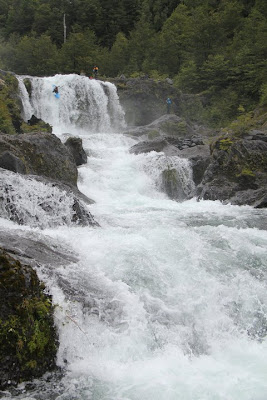 Jared browning the stout! On some new shit. 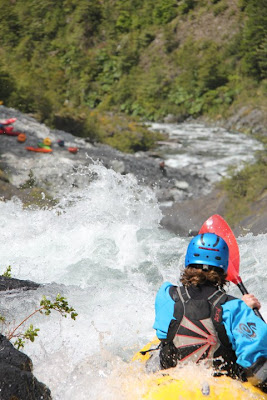 Heading right to the lip of one of the most rarely run drops on the area. 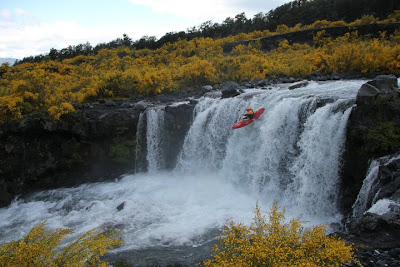 Rodrigo boofing off the flower drop at the take out of the Turbio. 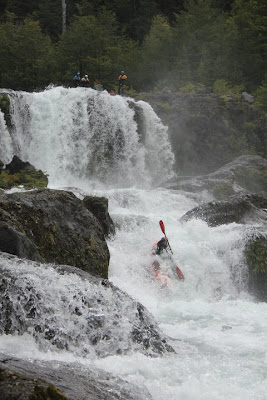 So it was great day to say the least, just another day in the life. Demshitz are here and we are doing it right! The turbio is a rare run that only runs with lots of rain so after this day we had many more options for rivers to do. Much more to come that we have already done, I am just once again behind on my blog updates.

Getting silly in Chile

So after arriving in Santiago I rallied directly to Pucon, like always. When I here nobody was around??? Then all the bitches showed up and were ready to Rally. My first day back I ran Todo Nevado with Rodrigo, Erik, and Ian...setting the pace for the trip we have followed suit with 3 Demshitz's drop runs, 2 Middle Palguins, Puesco, Tres Saltos, and an unbelievable stout on the Carhuello yesterday.

Rains have brought the rivers up and have given us the opportunity to get on some new flooded shitz, so I will have some updates to come. None of these pictures have really been edited, but you get the point. 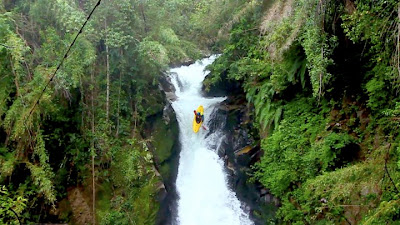 Running the DS drop my first day back in town. So good to be back here falling once again. 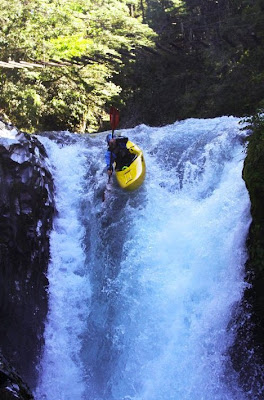 Stout 10! This is the entry boof if you decide to run it into the big boy on the Middle Palguin. Make sure you get it! 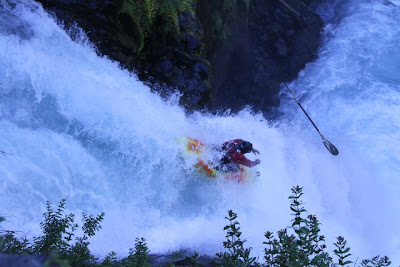 Anton, The big Swed, Paddle tossing off the Middle Palguin at a high side of good flow. 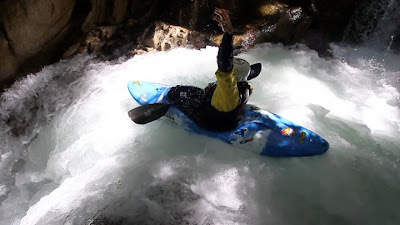 Jared's first day back in Pucon...browning the Demshitz drop? I had to rappel to get this close to the lip, but the shots are worthy. 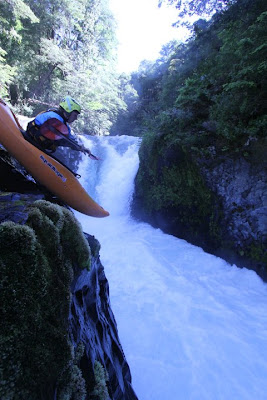 Erik Johnson seal-launching into the "Middle"...#2 for him! 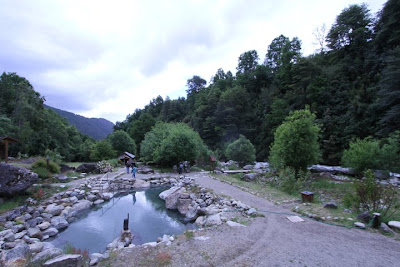 What better than a day at the Hot Springs? When the rains are falling and your body is sore from stouting... Nothing. 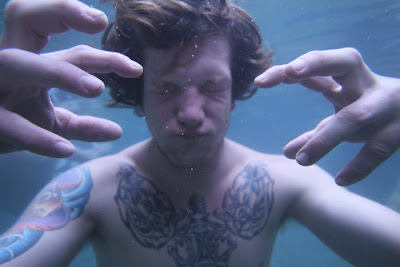 Gramos chilling in the hot springs up the Upper Liucura river.

So yeah pretty much the standard shit...but what is better than that? I love Chile and the rivers here feel like home. We are having a great time and as always time is flying by. All the boys are back in town and it feels like the old days...by that I mean like 2 years ago. Everybody hanging out, going boating, going out, and living life. Stay tuned for when I really get some shots edited and up!