The cover of a Grassroots Whitewater Film by Evan Garcia. 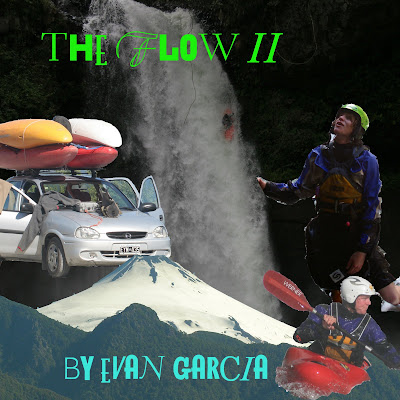 I just finished The Flow II. It is for sale!!! To receive a copy of the newest rad flic out there contact me at:

I will get your address and send it out to you. Every copy is 15 dollars. Pretty cheep for a 45 minuet movie with tons of sick footage from: China, Mexico, California, Canada, Chile, and Argentina! Plus tons of sick extras.

There is kind of limited copies available so order soon. Payment via PAYPAL or cash/check.

On arrival to Oregon I went straight to the Beaver Lodge on the Washington side of the river. It is very similar to the house we had in Chile. Dark, musty I had two goals on this trip.

1: Do the Little White race.

The first few days I did maybe 5 runs down the L.W. and had a sick time testing out
the big Remix for its speed capability. I did a solo run on my first day, first run and it was a cool time to see if I remembered every little line down the river. I think the river was between 3.4-3.6 for the runs that I did.

After a fun run with local favorites Todd Anderson who won overall on the race, and Tao Berman who took 2nd overall. I was all pumped up to go look at this huge falls I have been taking about running for like 6 months. Metlako falls. It had been run 3 time before, all with good to pretty good lines. Anyway I walked up there and scouted it alone the first day and it looked great. High water created a big green barrel down the middle. I was pumped up for it.

The next day I rallied a crew up there for some media. Lj who has been like a huckfest partner decided he would come with me on my quest to stout! So there we were.... 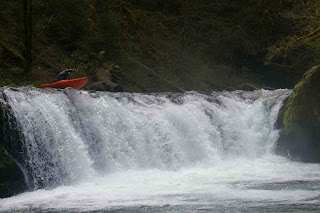 Little Punchbowl falls was the gate to the canyon holding the big falls. photo LJ Groth 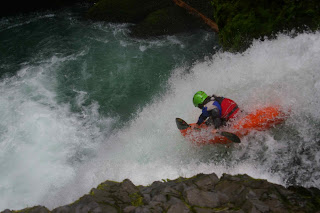 I ran that stout with style and grace! photo LJ Groth 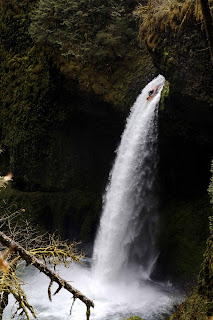 My personal favorite photo of the day. Taking my time tucking up to ready myself for impact. Photo Eric Boomer 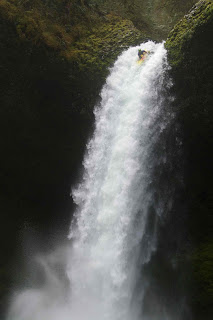 LJ Groth ran it as I watched up from the pool below. Amazed by the shear height of the drop. Buenasimo!!! Photo EG.

I had a pretty damn soft hit, but something in my right shoulder just tweaked out a little bit. My paddle was intact, skirt on and I was stoked as hell. Lj had same thing a great line and no worries in the pool. It was the biggest waterfall we both have ver dropped. SUPER STOUT! We paddled out of the amazing canyon watching tons of waterfalls fall in to the box canyon we got rewarded with. It was a great day of hucking. Can't wait to run some more big tall stout in the near future. 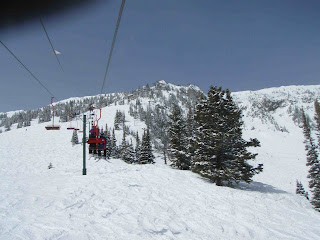 Thats right I went skiing and had a sick time the first time of 2007/08 season. It was fun stuff, I'm not the little ripper I once was but I can still get from point A to B with style. 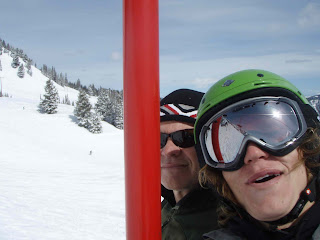 Mike Garcia and Me (Father and Son)

Here's a bunch of randoms from My Chile adventure.... 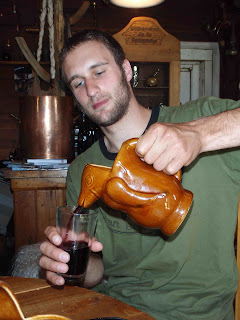 Max toppin' off on the Penguinos vino. Foyel's only restaurant. 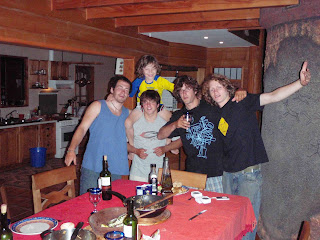 Kurt and Eva Casey's casa outside of Pucon a big thanks to them. 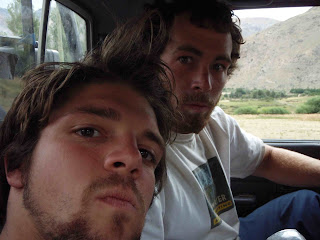 Jared and Miguel keeping busy on the drive to the Rio Futaleufu. 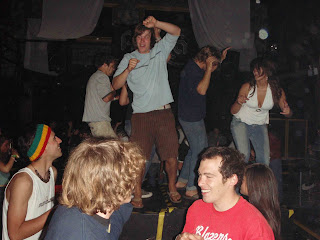 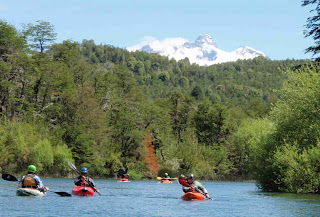 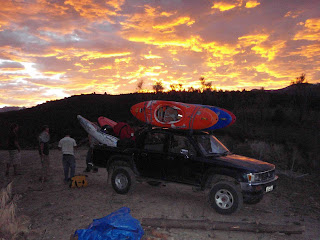 Gypsy Wagon camping out before the Todosobreninos!!!! 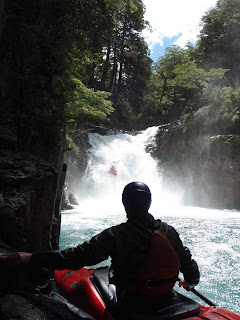 Will Lyons looking at Van hucking on the T.S.N. Argentina. 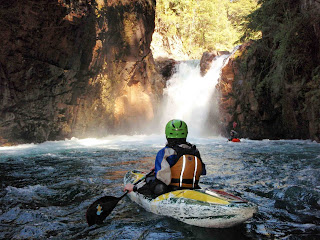 Me chilling after running some shit. 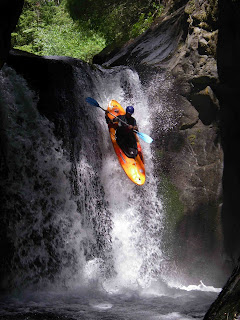 Issac on the upper remeco falls. 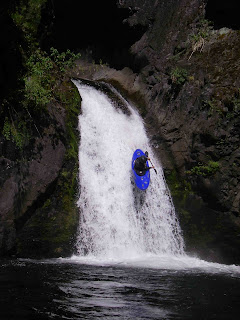 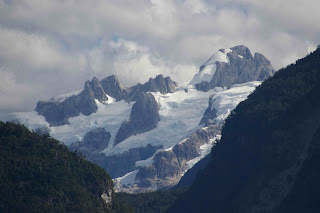 Snow, Rocks, you see them anywhere.

Now I'm off to Oregon to go compete for king of the Little White. May the best man win. Then back to the land of freedom California for some huckfest's. I got big plns before then so keep your eyes open.