I know people have been waiting to see what we got on in BC and this is just the beginning! Watch the teaser of the Bomb Flow boys rip and tear the terrain of British Columbia in August of this year! Revelstoke to Vancouver the stouters were slayed! BIG TIME!

Here is a quick little Go Pro edit from an afternoon on the Callaghan! This is a super fun short creek 10 minutes outside the tourist villa of Whistler, BC. Easy access and clean drops make this one a must do if you are in the area...you can run it really high and really low. It's like the LW if the locals say its too low...it means its not perfect flow. If this thing were in Montana it would be the best run here :) Enjoy the edit and check in to see the Cali Episode of BFTV in a day or so!

The Elk River "a leap of faids"

Egcreekin has really taken a hit this year with all my new projects, but I'm still committed to this site and plan on maintaining it for as long as possible. After an epic summer season in both the PNW and Cali the crew took a week off to return home, recharge the batteries and then head to Western Canada. British Columbia is one of the premiere destinations for kayaking in the entire world. Massive mountain ranges feed glacier rivers all summer and well into the fall, making BC the late season epicenter.

Fred, Ryan, and myself set off from Bozeman on Friday evening with aspirations to arrive at the Elk river, near Fernie, the next morning. Surprisingly we made it, even with battling a two day hangover. I really had no clue what the to expect from the Elk, other than the famous leap of faith drop. We met up with many local paddlers including Mikkel St Jean Duncan, Glen Carpenter, and some other great Canadian boaters to drop into the Upper and Lower Elk.

This run really surprised me with how much it contained in a short distance. The upper gorge, was stout and really fun. Consisting of a great ling slide, a horseshoe falls, good rapids, a stout 3 series, and a 40 footer we were greeted by BC in a great way. After doing the upper and hucking the falls we routed down the lower gorge enjoying some great class IV and a very steep quick hike out of the canyon. Surprised and stoked on the quality of the river we headed to Fernie to watch some bluegrass music (which we never did), bend it, and wake up to do it all over again! 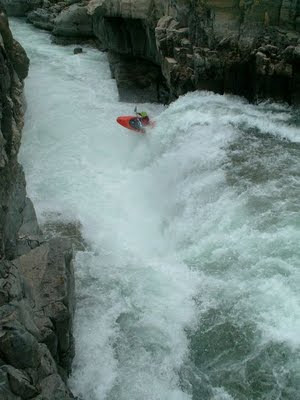 I stole this photo from Glen's Facebook...cuz its sick and shows off the horseshoe dope well. 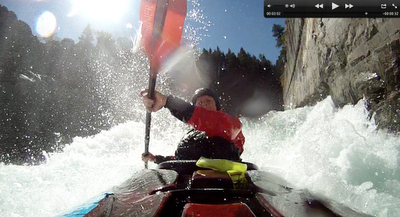 A cool shot of me riddin' dirty down a rapid on the upper. 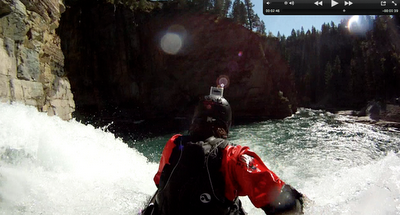 Dropping over the lip...here is a cool stern mount...it went all white because i faded into the curler. Soft, but made for a shitty shot. Siphon claw below the leap! 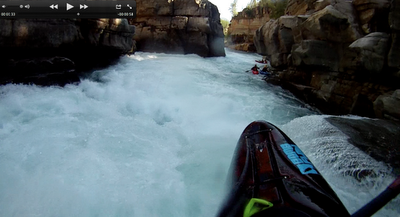 Dropping into the last hole of the 3 series...this thing gave us a scary few minutes on day 2...we had a swimmer/cave situation. The A-Team pull it off for the WIN though. 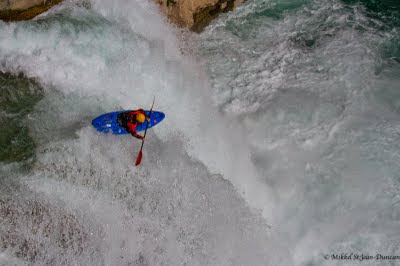 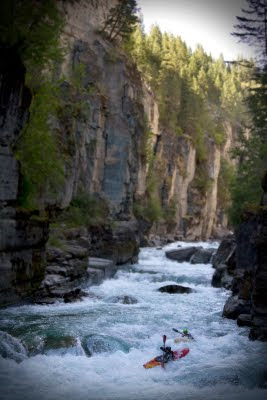 The Lower Gorge of the Elk River. A nice stack up of class IV drops is always a good way to end the day.

Here are a few shots from the two days we spent there in Elko, BC. Most are just go pro frames, we were filming hard for the BFTV Canada episode...so that equals no photos!