Back to Big Timber

Growing up in Bozeman Montana I always heard legends of the burlest creek in Montana being only an hour away from my house. As my skills progressed through out the years I wanted to go see what this high mountain creek had to offer. The first time I ever went I just filmed my Brother and friend Bobby Jackson bomb down the bumpy steep slides. I was hooked...for the next few years all I talked about and wanted to do was "Big T"!

The last time I was up Big Timber creek was late May of 2006 over 5 years ago. I had a great high water run with my brother Ian that ended in epic carnage off the Lower Big Timber falls. Kick flipping and grinding upside down off a huge sliding falls made the carnage cut in YGP's movie The Source. So let's just say I had some unfinished business to attend to.

After years of boating around the world I finally made it back to my home class V creek! We walked up as far as the snow would let us and put in at a great drop call Fine Line! Seal Launching off a meter tall snow bank we started our descent. It was just as fun and beautiful as I remember it, but a bit more manky and scrappy after so many big volume creeks. None the less we had an epic time and ran everything I thought to be sane. I almost completed the total mank fest above the Pinch, which is a woody steep mess of a drop. I re-ran the Lower Big T falls 4 times in a row, and did my personal first descent on Shakedown a super technical steep manky one at the end of the run. Over all it was an epic day I got to share with my two brothers, Erik Johnson, and Ryan Lucas. Here are a few shots from the day that Ian snapped off and there will be an video coming out soon as I catch up on some editing work. 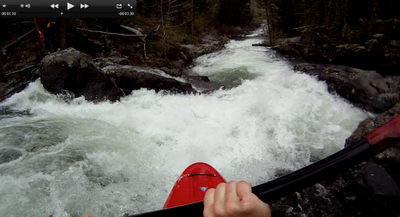 This is the last drop of Big Timber...it is a nasty set of drops called Shakedown. Ryan in the middle of Fine Line. 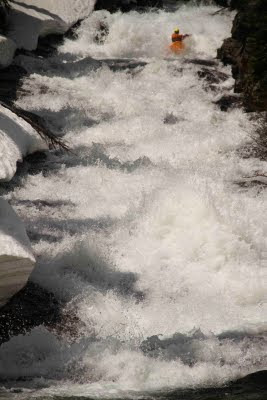 Nate Dogg getting a big boof over the shallow landing of fine line. 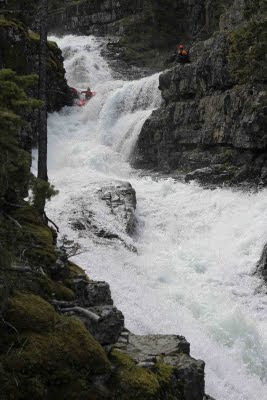 Myself getting vengeance for the 4th time in one day...I was having a bit too much fun maybe. 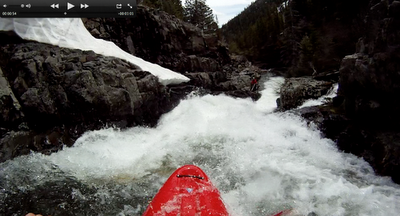 Wanna bet? Let's make a deal and toss the dice...Gambling like Kenny Rogers. 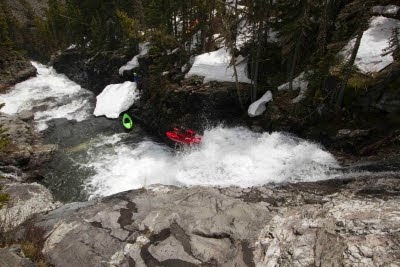 Hitting a great boof above the Pinch...don't plug this one it's called Ankle Breaker! 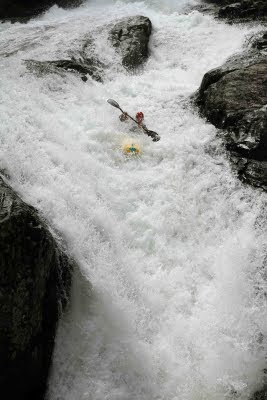 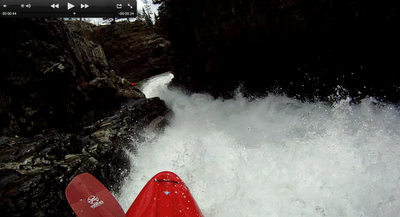 Coming super hot into the tightest spot of the Pinch. 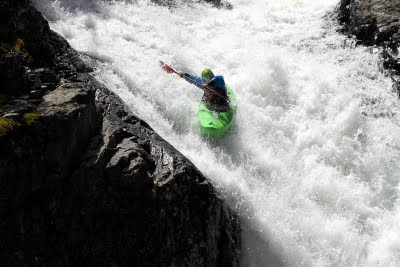 Erik getting real stylie on the bottom tier of the falls.

More Montana updates coming soon...the water levels all out west are holding high, but soon we will be back on the mega huckfest going hard!

Just another week in Hood River

Arriving a few days before the Little White Salmon race I was stoked to get on some new whitewater and rivers for once so that was my goal on this little viaje. Day 1; I met up with Ryan Lucas a good Kiwi buddy from last season and my boys the Wells, Mr. Zunders, Fry and Ollin from Bozeman. We hit Summit creek's skate park drop and got some good footage and pics from that day...I was pretty worked from arriving at 9am after the all night drive from Eastern BC. 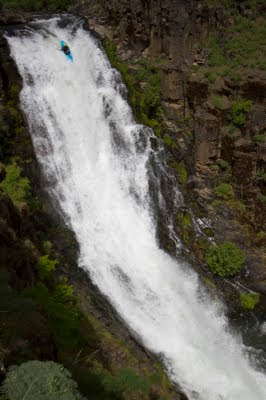 Todd Well on another laps off his baby...he was the one who found this beast and showed the world that skate boarding and kayaking do have some things in common. 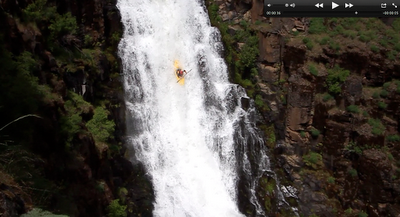 Ryan bombing off the Skate Park drop of Summit creek.

The next day I got the chance to get on a totally new creek...Little Goose Creek, or Kenobi Gorge as us kayakers know it. This run was an experience to say the least. We put in at a bridge which is always nice then entered about an hour or two of portaging and manking down some very low volume woody sections before the creek turned bedrock. Once it did Kenobi rewarded us with some excellent drops including a 40 foot slide, cool boofs, and a very committing and clean gorge. Overall a good option if the water is high and you have already done most of what there is to offer in the CRG. 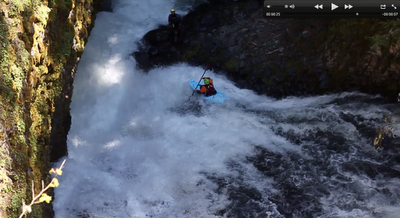 The next day was the LWS race. I was stoked to race one of the best and my favorite rivers in the world! The last time I was there for a L-dub race in 2008 I hurt my shoulder on Metlako and couldn't race. So this time I wanted to rage it! Unluckily I didn't do so well, it was team races and the teamwork wasn't quite on for me on this day. But Congrats to Lane and Louis for winning the race and going faster than everybody else...they got $200! Not too bad for a local 20 person race... 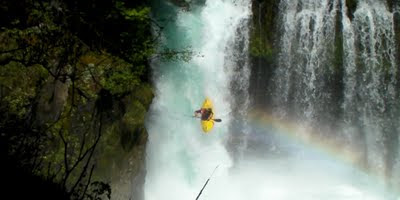 Ryan running Spirit Falls on the LWS...it is even stouter now due to new wood blocking the Chaos channel making a SYPHON!

Next up was Upper Lewis Falls. I have run this one quite a few times now and going back is always a bit of a push for me, but I do love it! The run starts off with one of the best 20 foot boofs ever...lots of volume and a big slide below makes for a good warm up. Then the double tiered 60 foot Upper Lewis is next. The hardest part of the drop is lining up and boofing off the right part of the lip...challenging if you are confronted with the task. 6 of us ran it and 6 of us had good lines, that is a lot of action for how big and gnarly this drop really is. 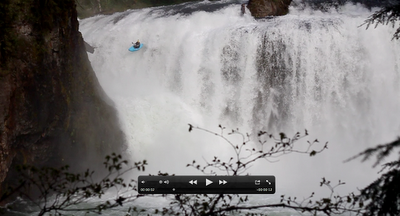 Todd Wells going for a good line off the uber stout Upper Lewis.

Some warm up laps on the Truss and LW buttered out sourdough for another run off Metlako falls. We had medium low flows but still went for it. Some of the best lines I have ever seen off of this beast. We killed shots and Sam browned the 80 footer giving him the world record biggest brown...ever. 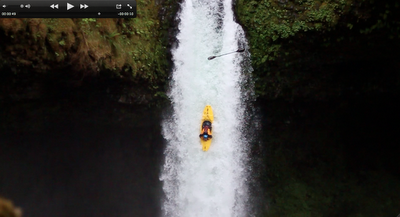 Mr. Lucas the kiwi bombing off Metlako falls with his paddle high above his head. 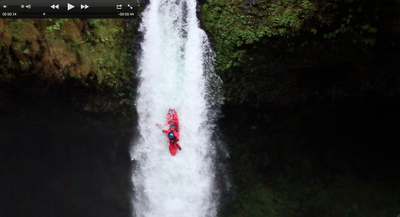 This wrapped up our week in Hood River...the water levels were doing some funny things so we decided to bounce out and come back when some of the lower water options came back in. A quick call from Fred Norquist changed our plans and sent us on an overnighter north bound to Bellingham. More updates to come soon. To see all the footage stay tuned for the 2nd Monthly Episode of BFTV coming soon...

Ater the Grand Prix and getting back in my Playboat I was actually pretty fired up on getting out and getting back jive in freestyle. I heard some stories of a big wave forming in Great Falls Montana on the Missouri River at high flows. With some good rains and little bits of sun breaking up the incredible snow pack we had this winter...the levels rose for this wave to be prime. We got two sessions out there one being prime and one being a bit low, both good times! Check the videos and some freeze frames from the few days out.

A few freeze's from the video! 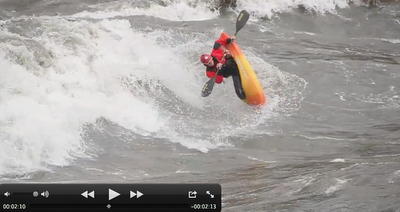 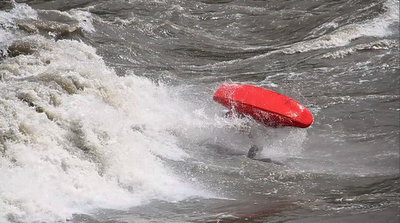 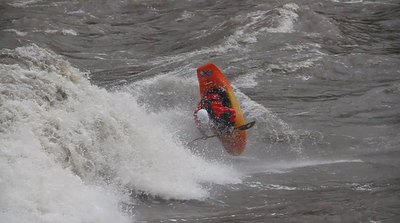 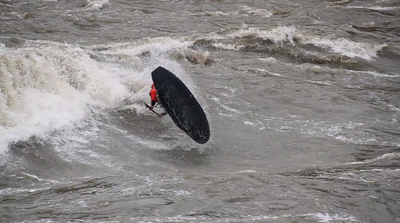 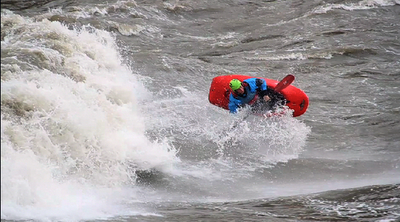 Falls Creek is located in central western Montana as a clean clear tributary of the Dearborn river. Access has alway been an issue on this creek so it is wise to ask before you try and get on this small gem of a run. We parked at a camp group like area and hiked straight up the river for about a half mile before reaching the waterfall. We all took turns running this beast and had an assortment of different lines. The landing was soft, but the lip is kind of kinked at a funny angle...be careful there is a reconnect behind the veil so don't flip going off the stout or you may come in contact with the brown wall! Enjoy the video and small photo we got from he day! 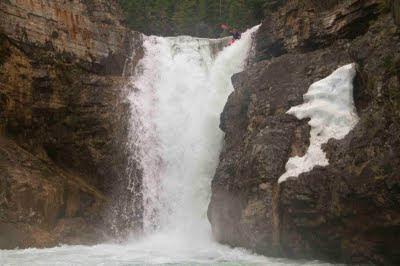 Make sure to check out Bomb Flow for more updates and video from our adventures of 2011.