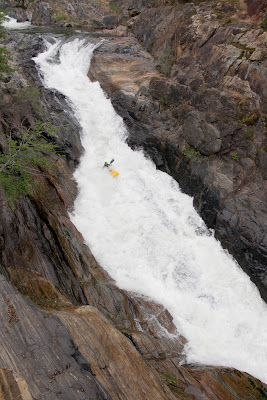 I felt good to run a rapid named after one of the most influential and greatest kayakers ever to walk the earth.

"Chuck Kern" rapid on the Kaweah got me amped on a visit to the Sequoia National Park. 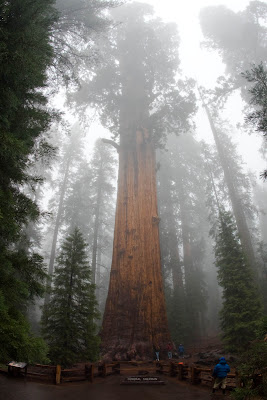 Then we went and visited the Keebler Elves cookie factory, home of the chocolate grasshopper. I love demshitz!!!

Kaweah land is a good place where one can eat great Mexi-comida and run the tasty granite slabs that make this place the best one day run are in the state.

P.S. I took a swim 50 feet from the put in on East Kaweah at high water. It was a fun day from then on out. I was blushing from the ease of the 3 footer that took my pride.

Check out Rivers Of Chile

Click that link to take you to Kurt Casey's new site on the amazing rivers of the country of Chile. I have had the honor of paddling many of these gems and I hope that someday more and more people will see what that small long spot on the map has to offer us kayakers and outdoor enthusiasts. I want to throw out a big thanks to the Casey family for being so nice and letting Me and Demshitz use their pimp casa while in Pucon. I hope you enjoy and use all the new gear you inquired.

After Kimshew we went and practiced our portaging skills on a high water Lover's Leap run with Kiwi Jono and Chris Korbulic, my main man. It was kind of a bummer day. Then we got on a great high water run on the East Meets West, where we met a friendly group of Reno Boater who ran our shuttle, Thanks Golder and crew!!!!!

We set our sights on Yuba Gap, a rarely run section of the South Yuba, that has the goods. The water ended up being twice what we wanted so it was a bail out. The a nice float/hike out on the EF NF NF American gave me the idea to go back to the enjoyable and logistic friendly runs those mountains contain.

First day we did South Branch at lower flow, but still had a hella good time on the insane steep bedrock section. We met up with some friends from the past on that run, including Jimbo from our Fantasy Falls run last summer, and lotsa good Kiwi mates.

The it was back to Hot and Ready pizza straight to Kimshew. The flow was way lower but all was still good. I ran the big Triple Drop with a big hit and steeze. Some cracked boats "made the day seem fast wide eyed and loosing focus."

All Photos By Grant Korgan 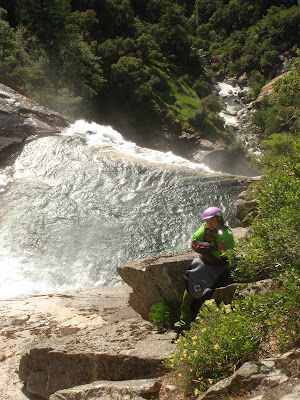 Lizzy doing her thing at the 7 Falls, This chik can rip harder than any girly I have met before. 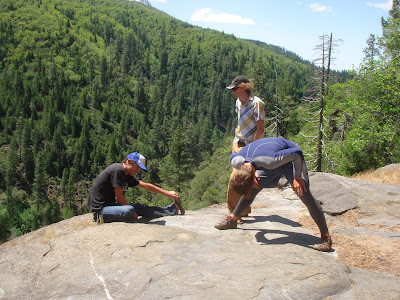 Get loose before a low water Kimshew day. 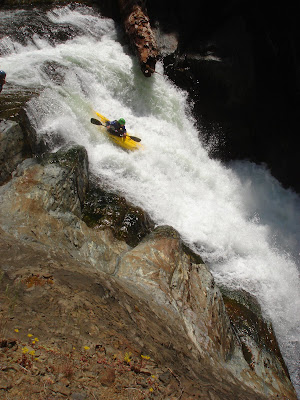 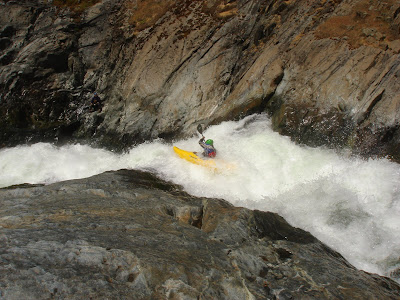 I ran the big triple drop of Kimshew this time taking a head dry line down the left. It was still stout. 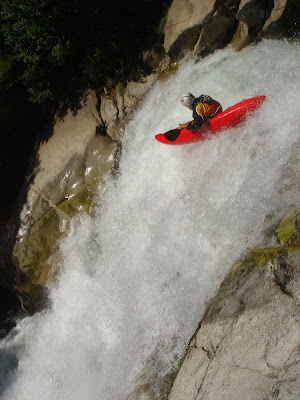 Justin on his newly named "Nashiki Falls". His second run of this mank falls went different but as well as the first. 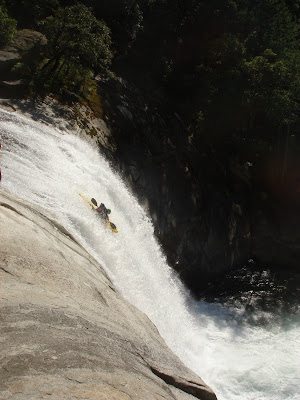 Me on the 50 footer giving it the Ninja posse before the hit at the bottom. This was my 4th time off this lip this season. 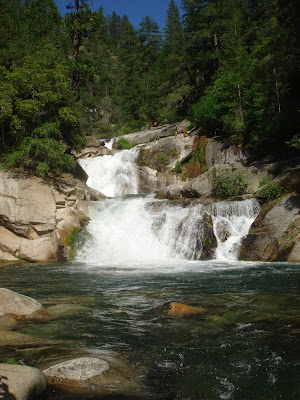 We made it down from Sterling City fast and now I'm back at Justin's house eating burritos ready for Royal, which is in but too cold to go, and the Dinkler. Cali is off the meat rack.

Big Kimshew is da nazzel. I love tasty granite like what this gutter contains. Well we got on simi early in the morning and had some nice good flow in there. After running a insane rally section with a 20 footer in there we made it to the infamous LJ drop. I walked the entrance at this flow after watching J Patt barley squeeze through it. After that the run just blew my mind. There is of course the rapids you always see, but otherwise there is maybe 40 slides and 10 foot boofs you never see. 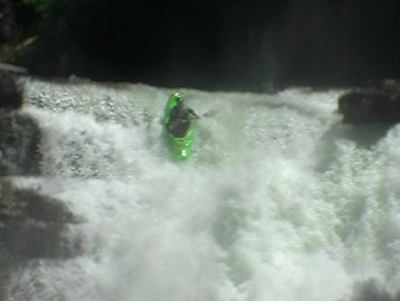 Josh Neilson dropping in on the 40 foot Kimshew falls. 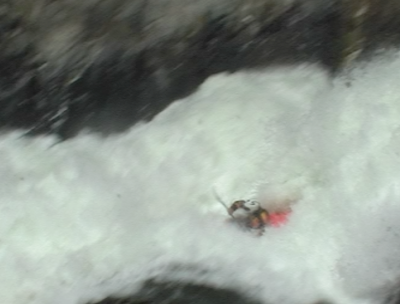 J Patt crux move on the entire run. He was the only one to fire this stout up this day. 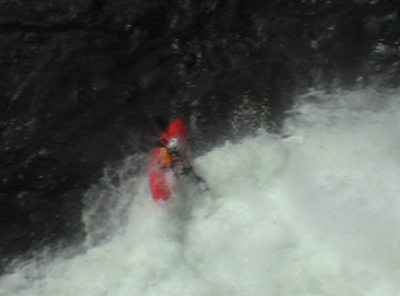 Justin coming out of the bottom of the trippler hot tamale style. 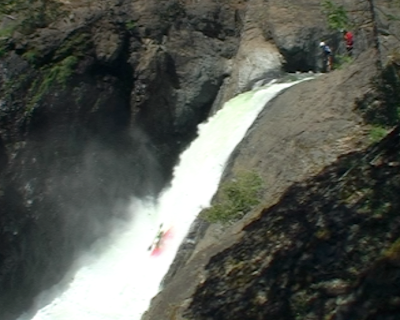 Justin routing down the stouts all day long. 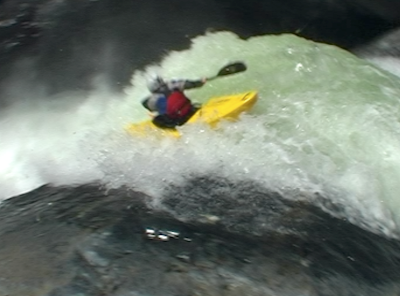 Me running Frenchy Falls, I traded helmets with Justin as to not break my face again. 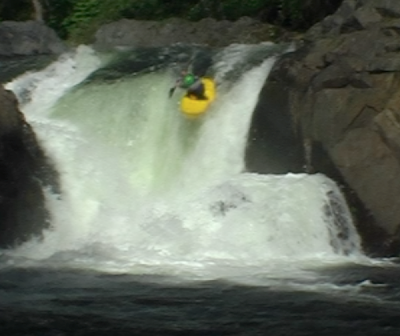 Me on the last drop boofing out big time. You can see the level we had due to the rock on the right below me that is under water.

I smashed my face on Kimshew falls, aids grill for sure but didn't break anything, just nice and swollen. After that we watched Justin stomp the triple drop and surf out of the big hole at the bottom. Then we just mad bombed such a good amount of unknown whitewater that was all new for me and clean. We got to the take out and once again the group behind us was far behind and got a flash flood of brown water and logs on the last half of the run. It looked and sounded pretty interesting from the stories they had, and all looked damn happy to see us at the takeout falls. This is for sure a top 10 run in my book and smashed my expectations. I can't wait to get back on this thing.

Like I said I got to Nevada City at 3:00AM and passed out ready to fire it up in the morning. Josh Nielson, a good Kiwi buddy from running the shit last summer was already there awaiting me, along with Justin Patt. We drove to the Feather drainage and got lost before we found the bridge that crosses the S.Branch where a big friendly crew was camped out ready to put on as well. The run is pretty much off the hook goods the whole way. Dinky creekish with mad granite drops and big clear pools below everything. The run starts off slow but once it hits the bedrock it drops off and doesn't stop all day. 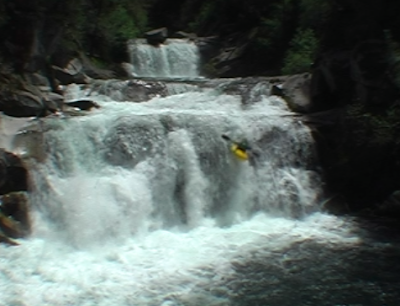 Testing out the Jefe Grande on a slide to auto boof. 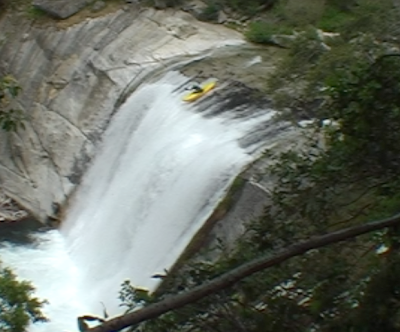 Can some one say the best 50 you can huck off. Justin and I ran this stout 3 times in one day. That Good!!! 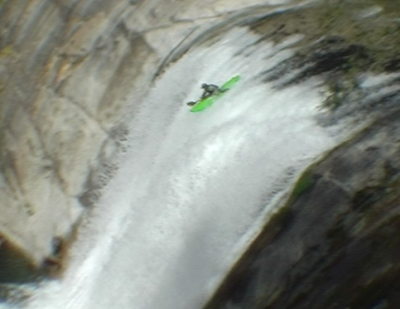 Josh showing this stout how to treat a Kiwi.

In its simplest form S.Branch is the shit. The drops are clean, stacked, big, and all good to go. There was a portage around a 80-100 foot slide above the stout, but everything else went. 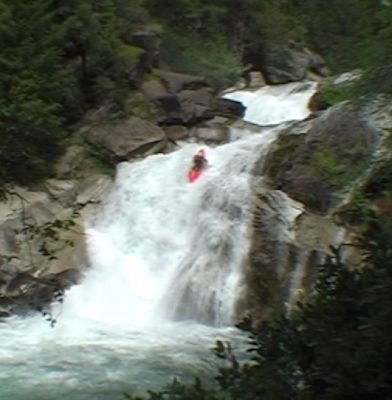 Justin decided to run the mind of 40 foot portage drop, and greased it like a fresh carborator. 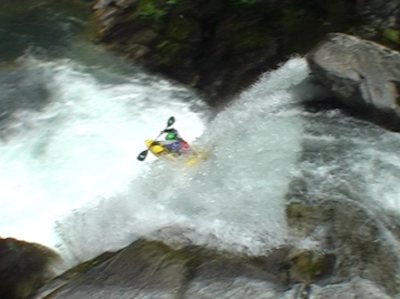 Boofing like that makes me oh so happy to have made the all night drive to get this run.

We waited for the group behind us which created the opportunity to run the 50 footer 3 times. Then we all hiked 30 to an hour out of the canyon to the truck. As for the new Jefe Grande, it is sick, everything that I wanted in the regular Jefster this thing has. Truly a work of art by LL.

It was a sick day of kayaking and I really can't tell you how happy it makes me to be back n California running the sauce with all my good buddies once again. We made it to Little Caesars for some hot and ready pizza's. Camping down at the confluence for W.Feather and Kimshew had me dreaming good dreams.

Yo this is off the time line but we didn't shoot photos on South Branch or Big Kimshew so I'm coming to you from Justin's computer with some shots we took on the big drop of the Upper South Yuba. It was super juicy flow and we hucked the falls 2 times. 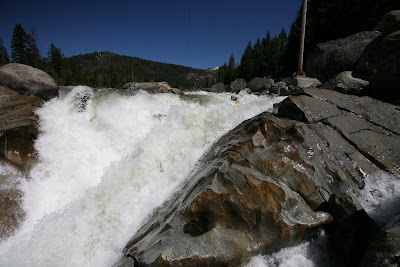 Me at the top of the falls ready to give her a supreme special. 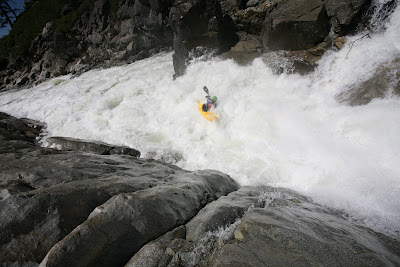 Resurfacing fast around the bad eddy ready to run it again. 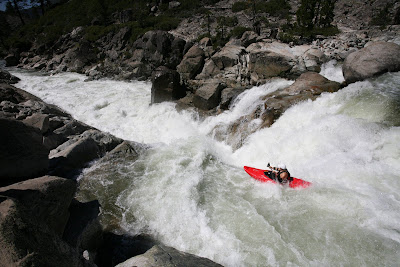 Justin Patt givin it on his second run of the day, a little too right but he got redemption on his 3rd go around. Crazy dude been giving her on the stouts.

The rapid going into it was like a nice big water rapid off a huge curler into the seem of doom. Deep and out we made it look pretty good and headed down to the booming goast town of Coloma for a night at the C.C.

Well After leaving Bozeman at 2:45pm I started getting call from all of my kayaking compadres in Cali. They were going to be putting on the South Branch of the Middle Feather the next morning, I had a mission. Get there and run the SHIT. I made it to Justin Patt's house at 3:00am ready to get some in a few hours.

It has been a good week of kayaking. There is just more to come soon. So I will try and get on the updates asap. All I know is that Cali is my favorite place to kayak and all the runs I have done have been new ones for me so I'm pumped. We are headed back to the Feather drainage in a few for some more big action. Keep it real!

I'm driving tomorrow! 14 hours and I will over Donner Pass on my way to the best creeking in the world. 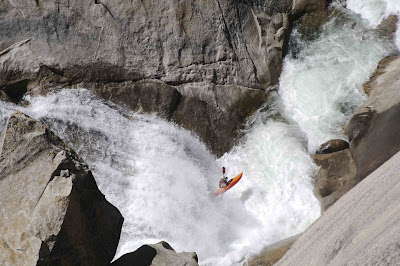 Looking to do a little of this. Photo Boomber!

I'm there from 14th of May Until Middle Kings so keep updated on your egcreekin cuz it's about to go off. 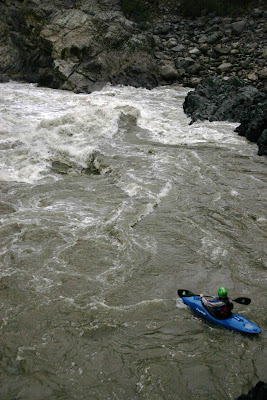 A big horizon line, the big Remix 79 kills it.

Yep it's here we got a sick blast of big water class V this morning on a epic 30 mile mission. We Portaged 3 times around some stuff that I was proud to walk and had a sick day of paddling, it's only gonna get better. 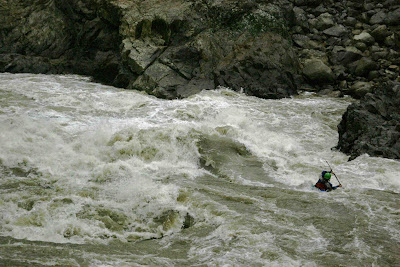 Dropping in to the sauce. 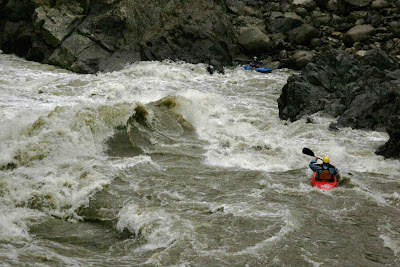 Mr. McKay cleanin' up the mess for real.

I think I will have 10 days until this kid gets off down south and west to California. Can't wait to get there and kill it on some stouts.