So many things have already happened on this exciting trip to Chile... A few days running around the massive city of Santiago, A first descent, and lots of parties. With some good luck Ian found a 4x4 Cheve-Luv truck and bought it straight up! Wam Bam we out!

10ish hours later, after leaving La casa Astorga and the Maipo we arrived in Pucon the best central location for running the shit here in Chile. After some meager sleep we woke up and met up with our good friends Ema and Rodrigo of (kayakpucon.net). Everything seems the same after leaving this place almost 7 months ago... we ate some bread, avocado, tomato, and went straight to the river.

This time it was a new one for me... due to the lack of water last year we were never able to hit this one up. The Desahue was incredible! Start to finish this river impressed me... After hearing of this run time after time from my hommie LJ I had always wanted to lay some treats on it. 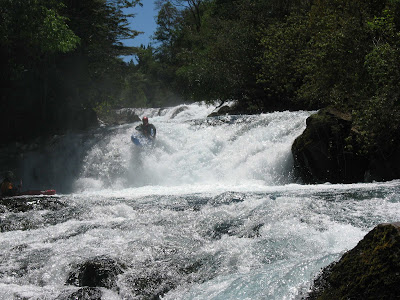 A common drop of the Desahue. 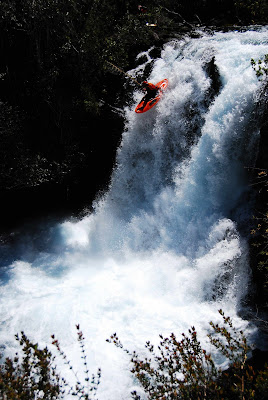 Ian ran the portage first... it looked like a grim landing zone. 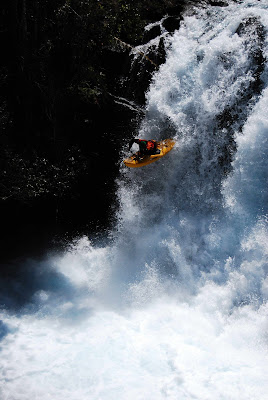 Hitting a sik line off the shallow 30. 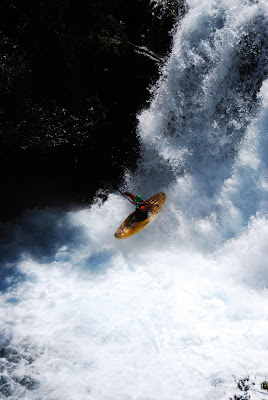 Setting it down.. a cool picture of myself. 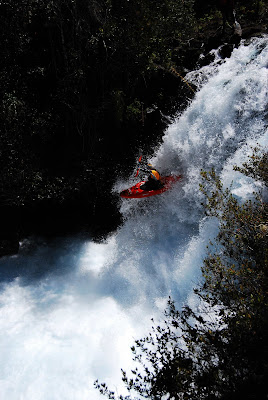 Rodrigo on his favorite home section, with style. 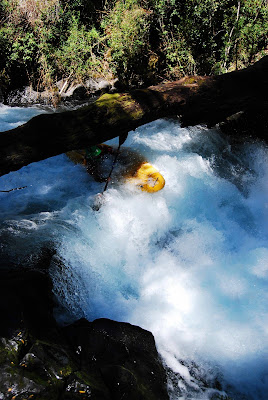 Me on a nice log ducker that Rodrigo and I gave. 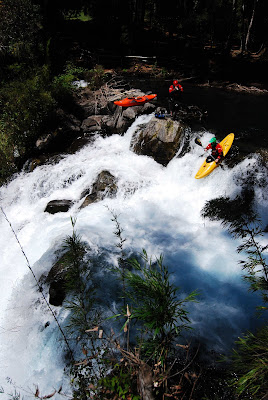 The entry to the left side of Ojos. 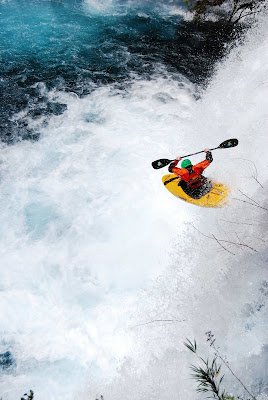 Layin´treats on the left side on her. 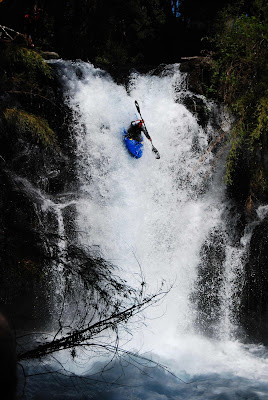 Fred getting the huckin dialed in good. 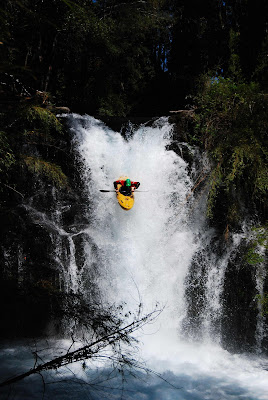 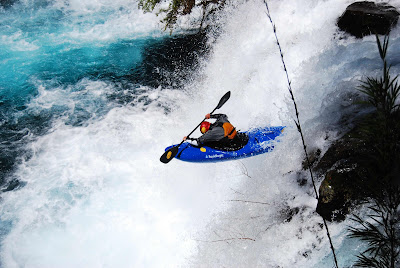 It has tons of clean rapids, big boofs, slides, and a few big drops for sure. Ian, Rodrigo, and I fired up the portage drop... a 30 foot boof into like 2 feet of water! Stout but good to go. Then we continued all the way to Ojos de Caburga a two channel 30 foot drop. We dropped both sides with style and had a sicko day no doubt. We did do one portage around LJ's drop due to a wood clog but it looked a bit gnarl anyways. Some new wood in there but it was all bomb and good to go.

After the river we met Ema at their new land on the side of the Liacura river for another Chilean style asado. With chicken, pork, steak, bread, and beer... Ahhh Pucon livin' baby it gets no better.

all photos by Fred (rfkayakers.blogspot.com)
Later E.G.
Posted by E.G. at 6:55 PM

yeahh buddy. cant wait to get down there n that shit. we made it back to the east side today

Fuck ya boys!!! Looking sik! keep layn dem treats and sticking that shit. Even, huck some shit for your uncle Tyler and keep your brother in line for me. The only time I worry about you kids is when i cant see you so keep it real down there.