So alright we made it to Chile after a long journey through many different airports dealing with sending kayaks, paddles, and all of our gear we finally arrived in santiago and met up with Fred and some Chilean amigos; Nico, Sergio, and Marcos. I split off from the group for the first 2 days to go visit some friends in the city while they went straight to the Rio Maipo to meet our good hommie Pangal. After a few days of big city life I made it up to the river and was greeted with an big chilean asado and the hope of a promising first descent. 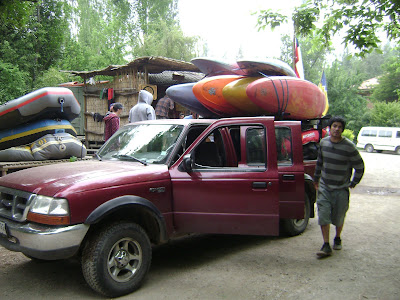 Loading up Sergio's truck to go up to the Rio Coyanco. Checkout his site at kayakpro.cl

The idea was to get horse's to carry our kayaks so we could make it deep into the upper drainage where we knew there was good drops and slides. Otherwise we would have to shoulder our yaks a very far ways up in the mountains. 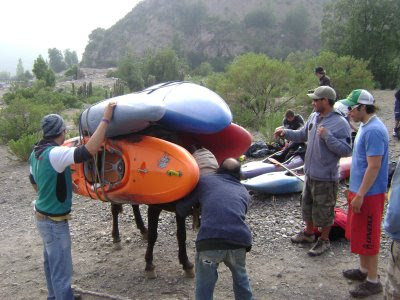 Loading up the burros with all of our creekers. 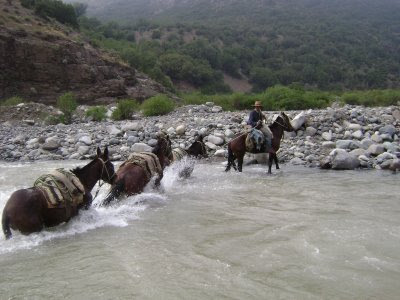 The horse's crossing the river in hope of being able to carry our kayaks the rest of the day. 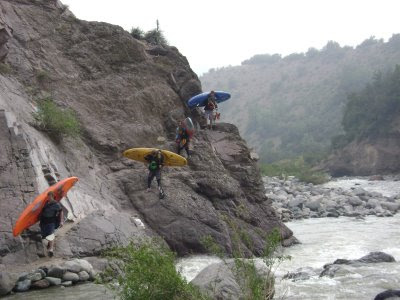 Hiking it up with our kayaks after the horse guy told us he wouldn't take our boats...

So what happened was the party from the night before had us pretty tried and the trail pretty much wne to hell about 3 miles up the river. So our huge group of 10 people stopped. Pangal being the nut he is wanted more so him and Ian went a bit further. I guess it was worth it because they did find some cool drops as the river entered a gorge and the small flow was constricted. 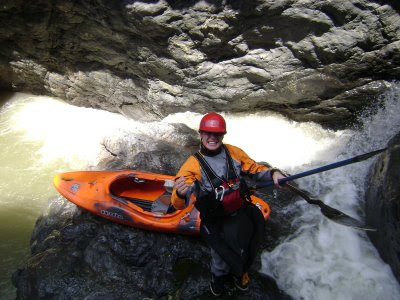 Ian upstream of us finding a sign of the goods. 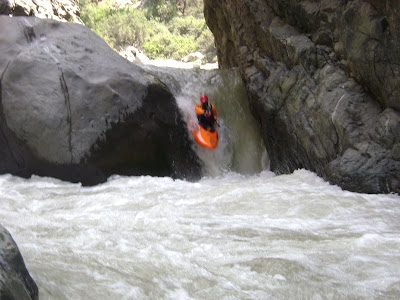 Ian running the first drop then found after hiking another half mile upstream. 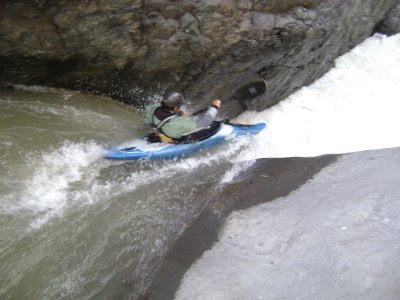 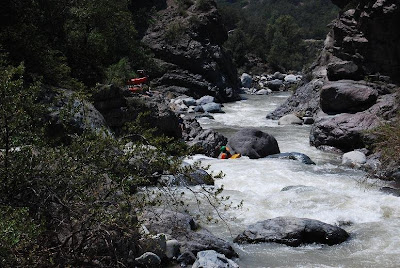 Me dropping the last boof on the only real drop we got to hit up after walking for about 3 miles.

The rest of the river was just quick low volume class III with some fun small boofers and rock 360 potentials. The first day of Chile this year was a first D... even if it wasn't all to gnarl it was still cool to get out there, we will have plenty of time to scare ourselves soon enough.

After we finished up we headed back to our oasis in Cascada de Animas. A good siesta lead us to yet another big asado/party for Pangal's cousin. Me gusta el pisco huevon! 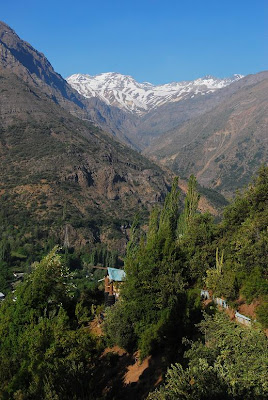