A 90 footer in Mexico

This is a big one that I never got to update on my blog from last October in Vera Cruz Mexico. This is on the Rio Texolo near the capital Xalapa Mexico. I remember watching this beast get slayed, many treats were laid, he stomped it but then could not exit the pool with an imploded skirt so he took a dip. But in my mind he killed that shit like a true tree-miester. Now here are the photos to enjoy... 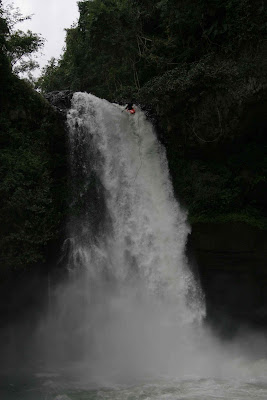 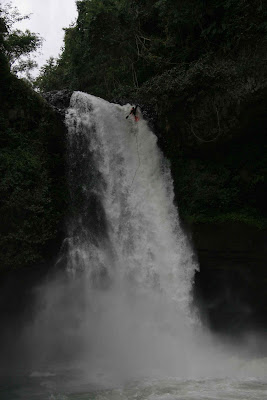 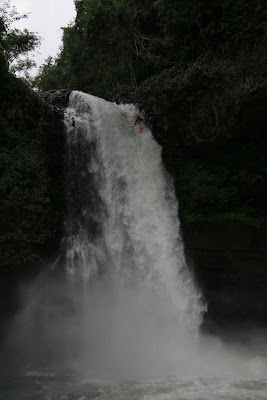 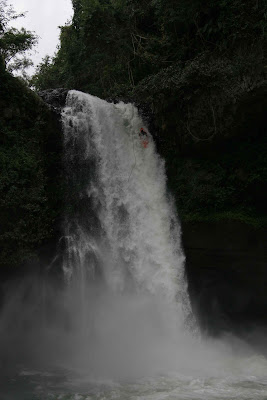 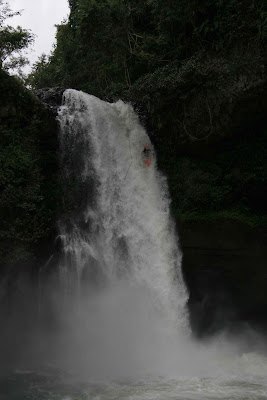 Dope-est shit I have ever seen stuck with that precision. It had a hell of a buck nasty entrance as well, high speed take off. Like drinking a bottle of Rum and steppin' into the Ring with Ed Norton ready for some Fightclub.

btw.. The Photo of the week.. Another run on Spirit.. Sick angle! How did you get all the trees out of the way? Layin treats one day at a time!