Royal Gorge of the North fork of the American 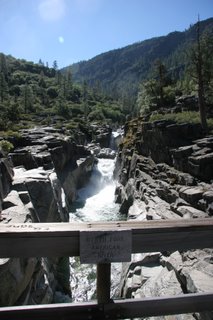 An experience that no one will ever forget. This 3 day 30 mile run that starts high on Donner Pass on I-80. We met Pat Keller who had just gotten off the same river 2 days earlier at a lodge close to the put-in. We started to get our boats packed for the run and all our gear ready. 20 minutes later the rest of our group showed up: Jason Hail, Jayson Holman, Josh Bechtel, and Lil' Dave. We loaded Josh's truck and headed for the put-in. I broke the run up into different gorges. The first gorge is boof after boof after slide after ledge, all clean class 5. That leads into Heath Springs gorge. Which has 3 huge waterfalls and a deep dark canyon, where escape is not an option. 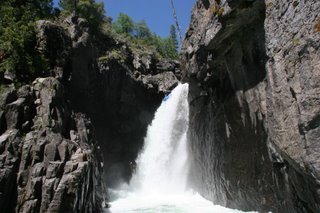 Then the dark granite of Heath Springs fades into the white gorge which contained countless 8 footers, slides, and waterfalls that ends with Rattlesnake Falls. 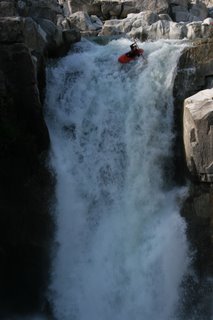 We camped at the top of the falls and enjoyed the fire and wilderness. The next section has classic California drops, granite slides, and waterfalls. I was lucky enough to watch Pat fire up Scotts Drop and style it. (A 90-100 foot double drop) 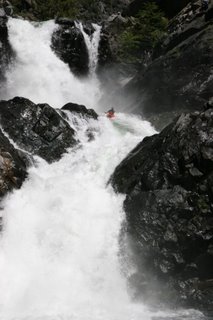 The rest of the run has a 30 footer, tons of sick drops, and one last portage around Wabena Falls. (70-80 footer) I found out later by talking to Scott Ligare that Rush stomped the hell out of Wabena 3 day before. (Props to him for steping it up) After that you are out of the Royal Gorge, and in to Generation Gap. I can't really tell you much about the next 2 sections of the run other than there are some big hard rapids, some very scary undercuts and sieves, some portages, some must make moves, and some class 3 parts where you can relax. We had a long day 2 and camped at a sandy beach in Giants Gap. We finished the 30 miles early the next morning. All though there were some quality class 5 rapids in the lower sections I was still happy to see the take out and our truck waiting for us at the bottom. In the end everyone had good lines no one was hurt and every one was happy through the 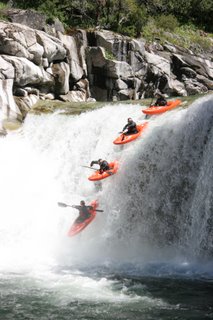 whole trip. With one broken paddle (IAN), one swim (Holman), and a split open chin (PAT), our trip was complete and everything went well. The Royal Gorge is my favorite river I have paddled and the second overnighter I have ever done. I have to say thanks to Pat for leading the run and knowing all the portages, he made our trip that much more successful. 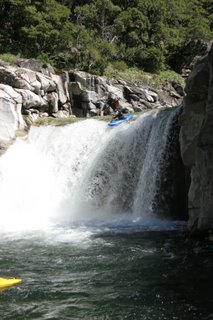 If the level is right and you feel like going BIG far away from any help the Royal Gorge will always be waiting for you and any one who wants it. Later E.G.
Posted by E.G. at 11:10 AM

your makin me jelious seriously. Im not even boatin right now it fuckin sucks. im stuck in michigan arg.!!! i miss chillin with you. damn kid your goin big just what i like to hear